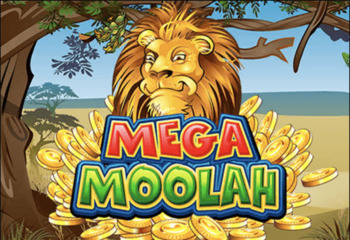 Experience the African jungle world full of animals and disguising bushes with a golden opportunity to become a millionaire with the world’s most amazing slot game ever existed. What looks to be a basic 5-reel game with 25 paylines is far more complex and has paid out some of the world’s largest prizes.

Mega Moolah slot has been a firm favorite with players since its inception by Microgaming in 2006 because of its excellent RTP (when you include in its progressive jackpots) and simple yet engaging concept and gameplay. You should study more about the slot if you want to win a life-changing jackpot.

The music is from a traditional African tribe and perfectly fits the concept. Microgaming has updated Mega Moolah several times despite its age to make the visuals and animations crisper and high-definition. Moving ahead, let us look at how to play the slot game.

How To Play Mega Moolah Slot?

A Mega Moolah slot machine has a 5×3 layout, which means it has 5 reels and 3 rows. In many respects, it’s a conventional video slot with 25 pay lines that only go left to right and a bonus round that includes wild multipliers.

It’s the jackpot bonus wheel where it truly deviates from the norm. This additional feature is generated randomly and lets players spin a wheel to win one of four progressive jackpots.

Colorful A to 10 symbols appears on the reels, along with higher-paying wild creatures. Kudu, buffalo, giraffe, zebra, and elephant are among them. The highest paying symbol of the game is an elephant symbol.

The wild is symbolized by the lion. It pays 0.6, 5, 60, or 600 times your bet when you get 2, 3, 4, or 5 in a row and even substitutes for all other symbols. When a lion wild appears in a winning combination with a regular symbol, the payoff is doubled and multiplied by two.

You may pick the AutoPlay mode to employ between 10 and 100 autospins while playing from 25p to £6.25 per spin. There’s also a Lightning Bolt symbol next to the Spin button for quick spins. You may also select to play with or without noises in the settings.

It has a low variation and a 46.36% hit frequency rate. This implies that a winning combination will appear in approximately half of your spins. Aside from jackpots, the maximum win per free spin is 1,955 times your entire wager.

Overall, the Mega Moolah RTP is 93.42%. The slot sans the progressive jackpot has an 88.12% payout. The four jackpots account for 5.3% of the total. For a jackpot game, this is about average.

How To Win the Mega Moolah Slot?

There’s not much you can do to boost your chances of winning when playing Mega Moolah beyond covering all the game’s pay lines. The jackpot wheel occurs at random, sometimes even after a losing spin, although players who spin more frequently should expect to see it more frequently.

When it comes to winning symbols, keep your fingers crossed for larger and beefier animals to emerge. Monkeys, antelopes, and zebras, for example, have far lower winning percentages than lions, elephants, and buffalo. The giraffe, seated in the middle, is a bit of an oddball.

All you have to do is choose your stake amount and the number of pay lines you wish to cover before pressing the Spin button. The game’s large jackpots are triggered automatically, so you don’t have to do anything unusual to get them.

RTP and volatility play a significant role in determining the winning theory of a game. If you’re unfamiliar with the term “volatility,” think of it as the risk level connected with a game. A game with high volatility, for example, is ‘riskier’ to play than one with low volatility. Games with a lower RTP percent have more volatility in general.

Considering how seldom the game pays out its big progressive jackpots, it’s no surprise that playing a Mega Moolah slot has high volatility. Surprisingly, volatility is minimal during ordinary play, and you may expect a lot of victories. For most players, it’s this, as well as the possibility of a large payoff, that keeps them coming back to the game.

The normal bonus round in this slot, which includes 15 free spins and a 3x multiplier, is rather profitable. When you consider the size of its progressive jackpot offerings, this may come as a surprise.

While a round of this online slot machine free spins will never be able to match the Mega Jackpot, we’re confident you’ll be content to sit back and enjoy them.

If you’re extremely lucky, you could get a chance to spin the slot machine jackpot bonus wheel at random. After you’ve calmed down, spin the wheel for a chance to win a Mini, Minor, Major, or Mega jackpot.

There’s little question that your fingers should be crossed for the Major or Mega jackpots, which start at $10, $100, $10,000, and $1,000,000, respectively. However, any of them can help you add to your bankroll or provide you with a pleasant little payment.

The Mega Moolah slot would still be appealing if it didn’t include the progressive feature. This is due to the 3x multiplier in the Free Spins feature, which may result in payouts of 1,955 times the bet per free spin. The easy features, simple design, and minimal volatility combine for a competent, albeit unspectacular slot.

It becomes a far more appealing prospect when you add the progressive jackpot. Mega Moolah may be an oldie, but it has weathered the test of time. Mega Moolah is still a viable option if you’re looking for an old-school slot with big payouts.